I Won’t Back Down – Johnny Cash

I Won’t Back Down 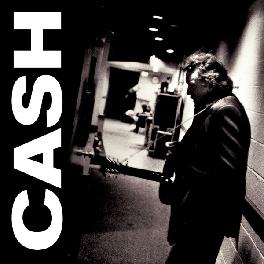 [Chorus]
Hey baby, there ain’t no easy way out
Hey I will stand my ground and I won’t back down

[Verse 3]
Well I know what’s right, I got just one life
In a world that keeps on pushin’ me around
But I stand my ground and I won’t back down

I’ve been searching for a long time for a song that I could use as a vehicle to discuss one of the formative events of my life and this seems to fit well. As you might have figured out if you have read much of what I have put on this site, that books and stories have been a major influence in my life. This is about a book that changed my life and whose influence has reverberated thru my life and still does today.

As a young boy, I was quite aware of the parts that members of my family played in the Second World War. My father served in the Army as a dentist and was in the Philippines, Okinawa and post-war Japan where he died; my step-father was in Burma as a control tower operator for the operation known as “Flying the Hump” into China and my mother was at Bowman Field in Kentucky where she helped in the training of glider pilots who flew on D-Day.

I acquired my library card to the local public library and proceeded to read just about everything they had that had anything to do with WW2. I can still picture the inside of that library and the shelves where these books resided in my minds eye. I did the same thing in High School where I worked in the library and was the assistant to the Librarian in my Senior Year.

In today’s world, where patriotism is frowned upon and criticized as “nationalistic”, where all cultures and philosophies are deemed equal by the elites and politically correct crowd, where flying the American flag is somehow considered “racist”, where national borders are considered irrelevant and the United States is no longer considered the “shining city on the hill” by those same elites and all nations and peoples are “exceptional”, it is hard to imagine and appreciate the pride that was felt about the country’s experience in the war and especially for the men and women who lived and died in that fight. It was a time when the distinction between the good and the evil was simple and clear. The evidence of man’s capacity for incredible cruelty was all too clear and fresh. Somehow in our “advanced” world today, it has become just “nuance” without acceptable norms with which we define evil….in fact “evil” seems to have become a word to avoid as we are told to try “to understand and accept” foreign beliefs that result in the degradation and murder of groups like women and gays. And this is supposed to be progress.

Tell that to the Christians burned, the women raped and enslaved and the gays and lesbians executed.

I was 10 years old when I pulled a book off the shelf in the library that told the story of the Warsaw Ghetto uprising in 1944. The Nazis forced some 200-300 thousand persons into the area in Warsaw Poland that could reasonably accommodate about one-tenth of that number. They then proceeded to ship the inhabitants to the execution camps after attempting to simply starve them to death. For the first and only time in the war, the Jews rose up in revolt. Armed with rocks, shovels, home-made weapons and the courage that can only come from facing desperate odds, they fought the Germans.

The story was told by a survivor who was also about 10 years of age at the time. He told of starting out as a messenger and ammunition carrier. He told of fears and seeing death. He told of facing a German tank, armed only with rocks. He told of the transition he went thru until he was carrying a rifle and attacking the Germans. He told of killing Germans and his friends being killed in return. He told of the hardships and starvation and desperate gambles taken in order to save a few of his people, at least temporarily. In the end the revolt was crushed by superior numbers and firepower and those that remained shipped out to concentration camps and the Ghetto burned. Somehow, I do not recall exactly how, this 10 year old boy survived.

Many years later, in the fall of 1968, I faced the most terrifying night of my life. I was in a bunker on perimeter guard duty around the Long Binh ammunition dump.A picture of what one of the bunkers looked like:

Some time around midnight, it became clear that someone was moving about in our neighborhood where no one but the enemy was expected to be. Shortly after that several of the other neighboring bunkers reported also hearing sounds of intruders and to make matters worse, our single communications link between the bunkers and the command post was severed. There were 2 others with me in that bunker and they panicked. One simply crawled up in a fetal position in the lower of 2 bunks and the other froze and refused to move. I had been in country the longest and had the dubious designation of “bunker commander” and I was on my own and alone. Remember, I was a finance clerk with absolutely no combat experience.

Orders came down through channels that flares needed to be fired to light up the area in front of us. I had to step out of the bunker into an open area and fire those flares. Now, understand that when you do that, that you light yourself up brighter than a Christmas tree. I did that, not sure how many times, but certainly more than a few times. The noise of people moving around in front of us continued.

I stood in the bunker, locked and loaded an M-60 machine gun, did the same with the M-14 I traditionally carried (I did not trust the reliability of the M-16), laid a 45 pistol and several grenades next to the M-60 and loaded the M-40 grenade launcher I carried.What all that looked like in the barracks getting ready:

All the time shaking and scared as I had never been scared before in my life. All I knew was that I was ready to do what I had trained for and come what may…..

The noise eventually died down and some time around dawn a APC (Armored Personnel Carrier) came down the road behind the bunker to tell us to “stand down”. A typical APC:

It turned out that our own forces, known as the “reaction force” had been conducting an exercise out in front of us and had failed to tell anyone about it.

I could never have predicted just how I would react and behave in such a situation. One hopes to do the right thing, but as evidenced by the 2 men that were with me who freaked and froze, you never really know until face to face with reality. That is true for almost all the men I have read about who found themselves in a similar place no matter if it was a Greek in the Peloponnesian War or a paratrooper jumping on D-Day, not that I claim to be in that category of soldiers. But I look back on it and realize that as scared as I was, as shaky as my hands were, I stood up…and that is the bravest thing I have ever done in my life. To stand up….echoes the words of a solder in Afghanistan I read about who got his fellow troopers out of a Taliban ambush.  That was all he had to say about his actions – “I stood up”.

It took years and a lot of therapy for me to get comfortable in my own skin and with my experiences in Vietnam. I often marveled at that night not really knowing how it was that I did what I did. Later it came to me: The lessons I learned as a 10 year old boy from another 10 year old boy had never been forgotten, rather they had lain up inside me waiting for the moment when I needed inspiration and strength to do what I know in my heart to be the right thing. It was just me against the unseen enemy, just as it had been just him against the Nazi. It was being willing to lay it all on the line against lousy odds but doing it anyway because it was right. He had taught me something about courage, something about honor that came back to me when I needed it the most. He gets the credit for what I did and how I behaved that night, not me.

I cannot think or speak of the Warsaw Ghetto uprising without my eyes filling with tears; I’ve tried to tell the story and it always takes a real effort to get through it. I’ve been to the Holocaust Museum in DC and they have a part of a cobblestone road from Warsaw there and I cried when I walked it. It was there that I began to realize the connection I had deep inside me to the men, women and boys who laid their lives down in the uprising. It has also given me a strong bond with the Jewish people that for the longest time, I did not really understand….now I do. One of them, a 10 year old boy, saved my soul in my darkest hour and for that I am eternally grateful.

Hard to write all this with the tears coming from me.

So when I listen to the words of this song I feel a tightening in my body….”You can stand me up at the gates of Hell….and I won’t back down.”

You do the right thing, you speak the truth as you see it regardless of the opposition or odds. That is the only way you save your soul from Hell. That is the only way you can ever look yourself in a mirror. It is not the easy path….you will get trashed and dumped on and perhaps even physically abused…I’ve been there…cursed and spat on for my service in Vietnam. You will get laughed at and ridiculed by those more handy with words that you are, but you will know that on your dying day, you can look back on your live and say “I stood up” and go to that final soldiers campfire in peace to see those survivors of the siege of Leningrad, the Union and Confederates from Gettysburg and the Rebels at Valley Forge and know you belong there.

2 Responses to I Won’t Back Down – Johnny Cash